Despite the pandemic, purchase prices on the Dutch housing market continue to rise to record heights

The Dutch housing market in 20Q4 - Prices continue to rise, only cities with many expats and tourists pre-corona see a drop in rents.

Now that the data of the last quarter has been analysed, we are closing a special year, a year marked by the corona pandemic. With international travel bans, mandatory lockdowns and huge aid packages, the economic bill is waiting. Expectations were that this would also bring down prices on the housing market. The opposite is true. In the cities and areas surveyed by FRIS, the transaction price per square metre increased by 10%. In the rental market, we see some influence of the corona crisis: in cities that attracted many expats and tourists pre-corona, we see a decrease in rental prices. This is especially noticeable in the more expensive segment, where expats could pay the rents. And Airbnb apartments that are now offered for rent or on the owner-occupied market.

Would you like to read our full quarterly update?

You can download it now via the button below. 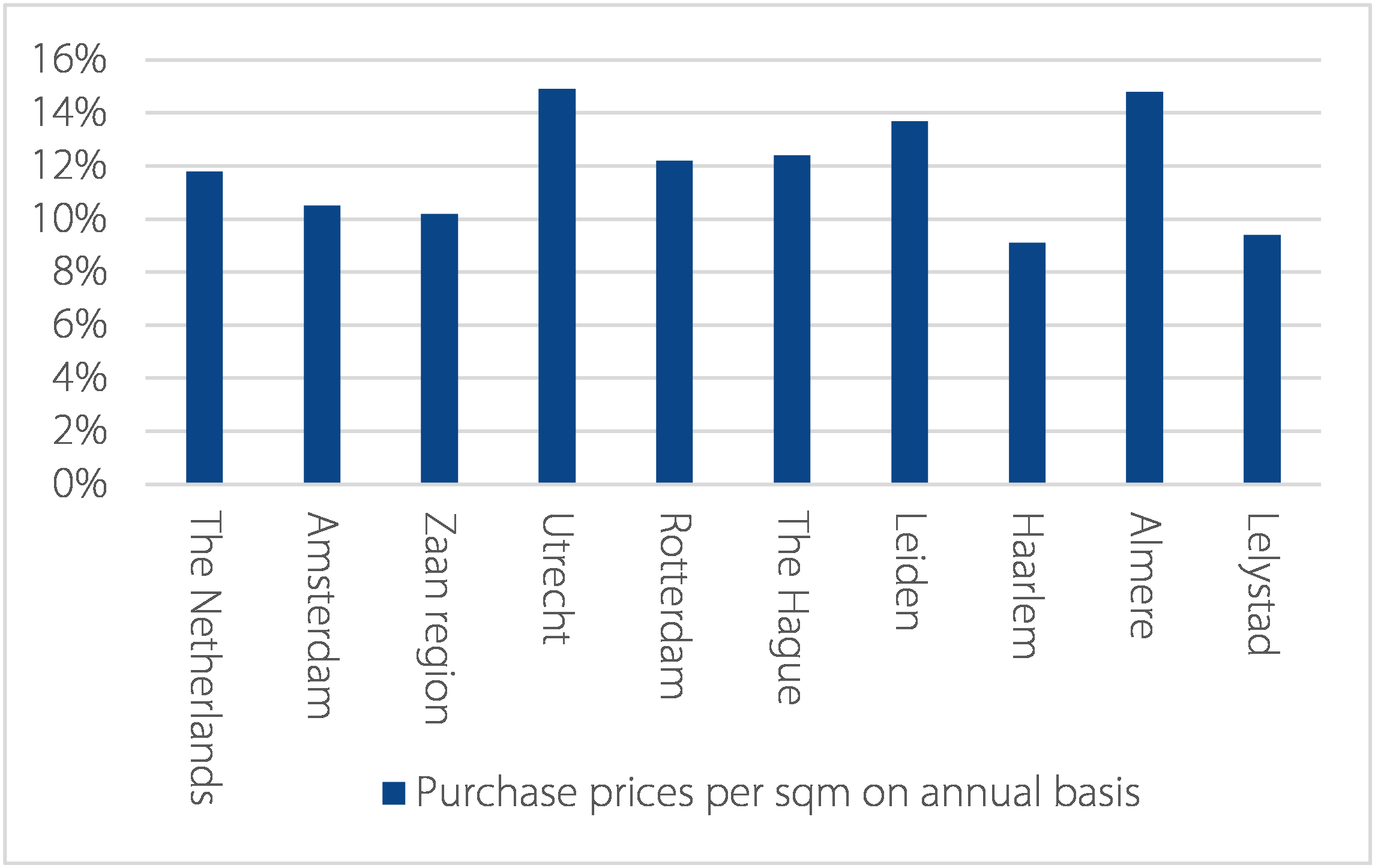 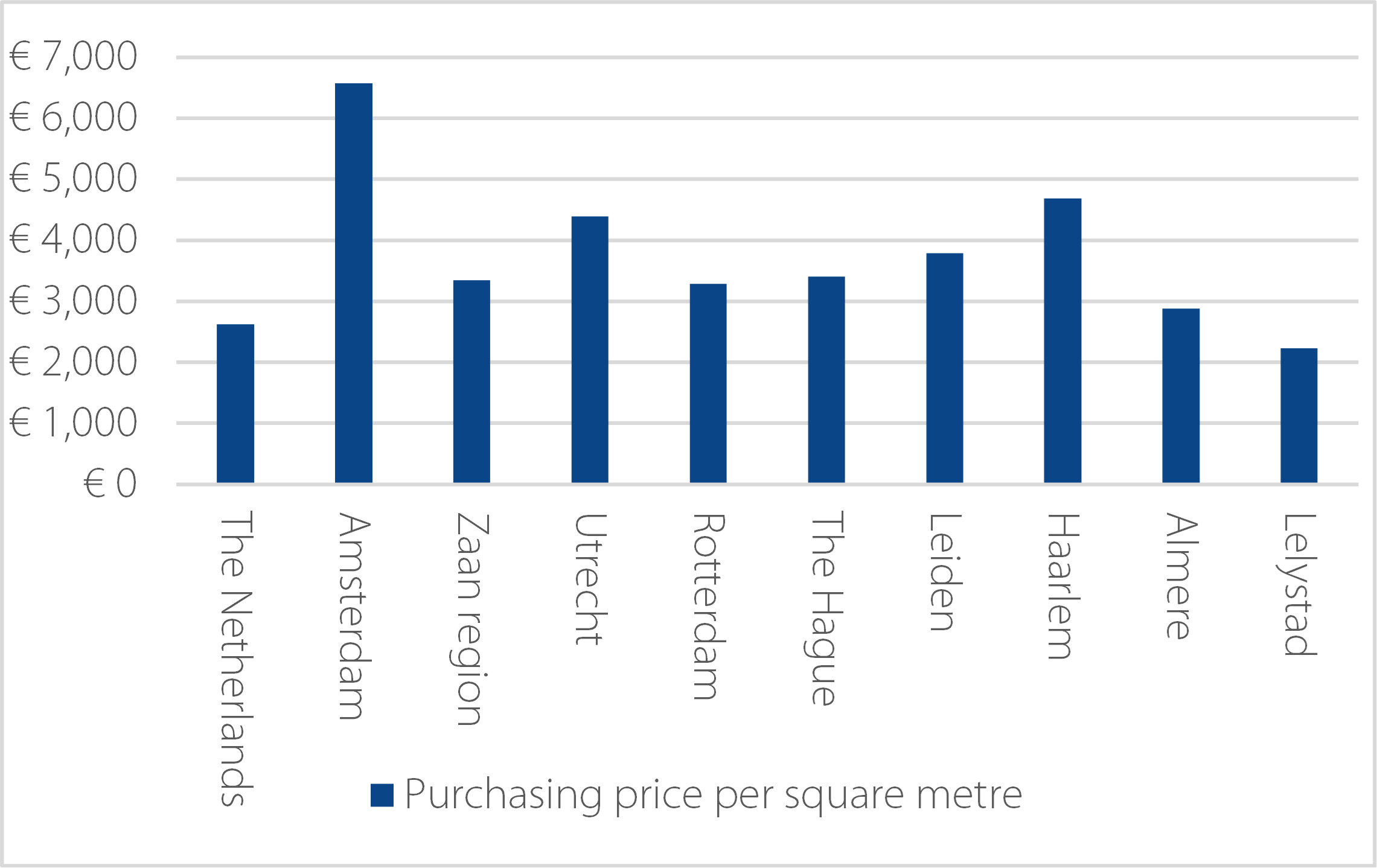 The expected drop in prices on the housing market has therefore not materialised. On the contrary: prices[1] on the owner-occupier market have risen in all the cities and regions[2] investigated by FRIS. The scarcity indicator (figure 3) compiled by the Dutch Association of Real Estate Agents (NVM) once again shows that as long as no additional houses are built, prices on the housing market will not fall. This is also reflected in the number of 'oversold' transactions (see figure 4). In all cities, we see that (almost) a third of the transactions are sold above the asking price. Figure 5 also shows that the duration of a transaction remains very low in the cities, especially if we compare the durations in the cities studied by FRIS with the average duration in the Netherlands of 85 days. 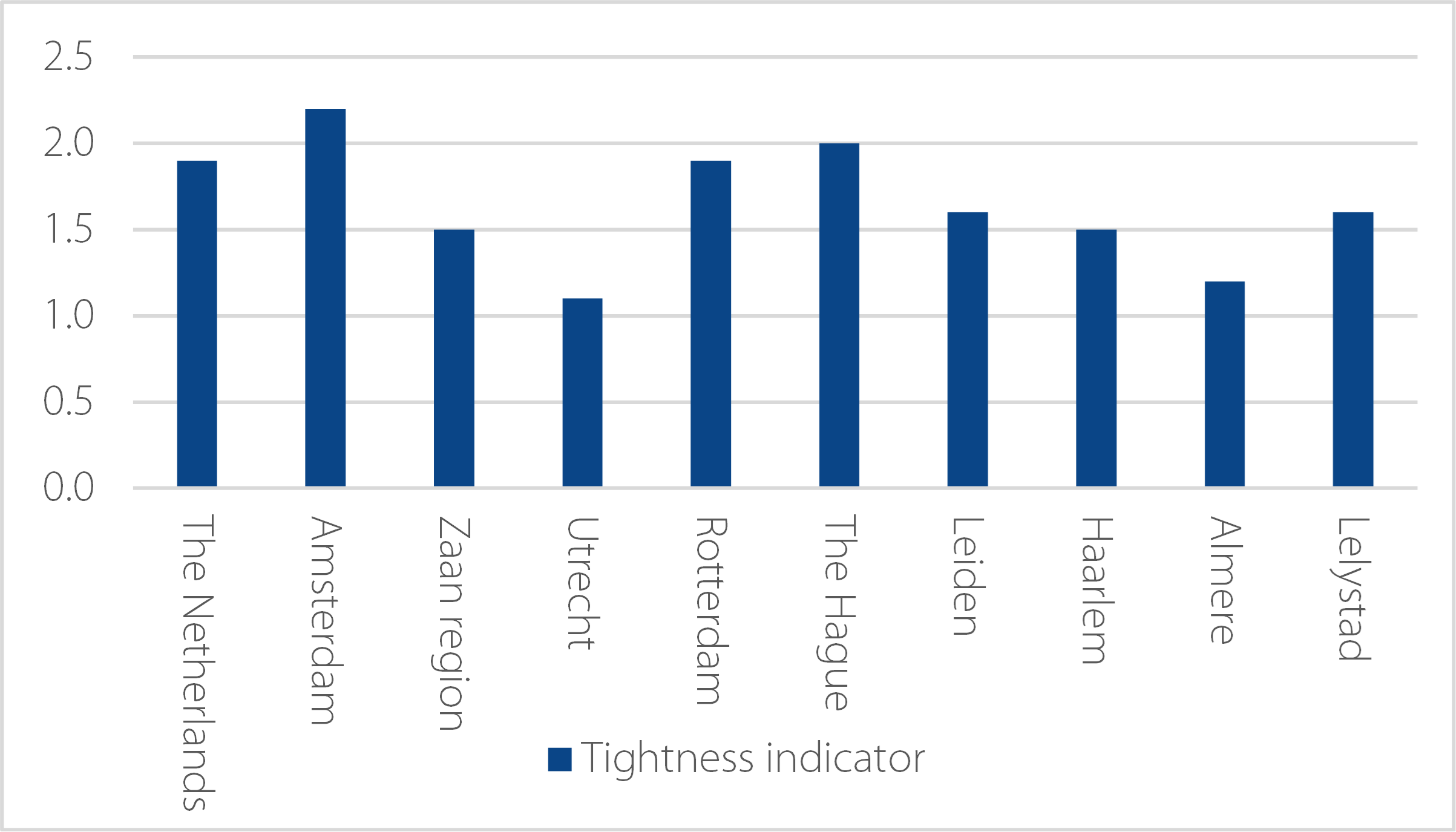 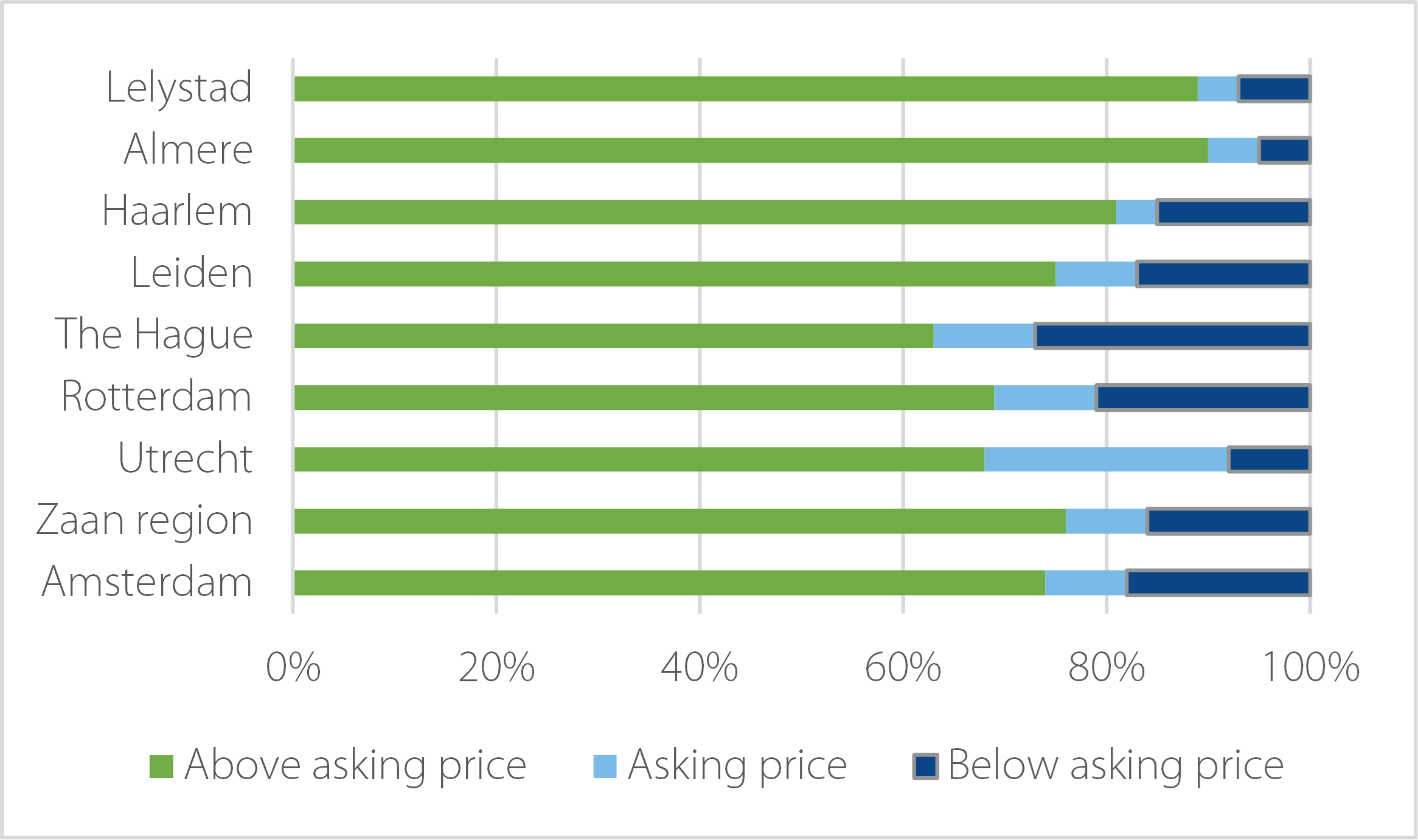 Figure 4: Percentage of transactions above and below asking price in 20Q4 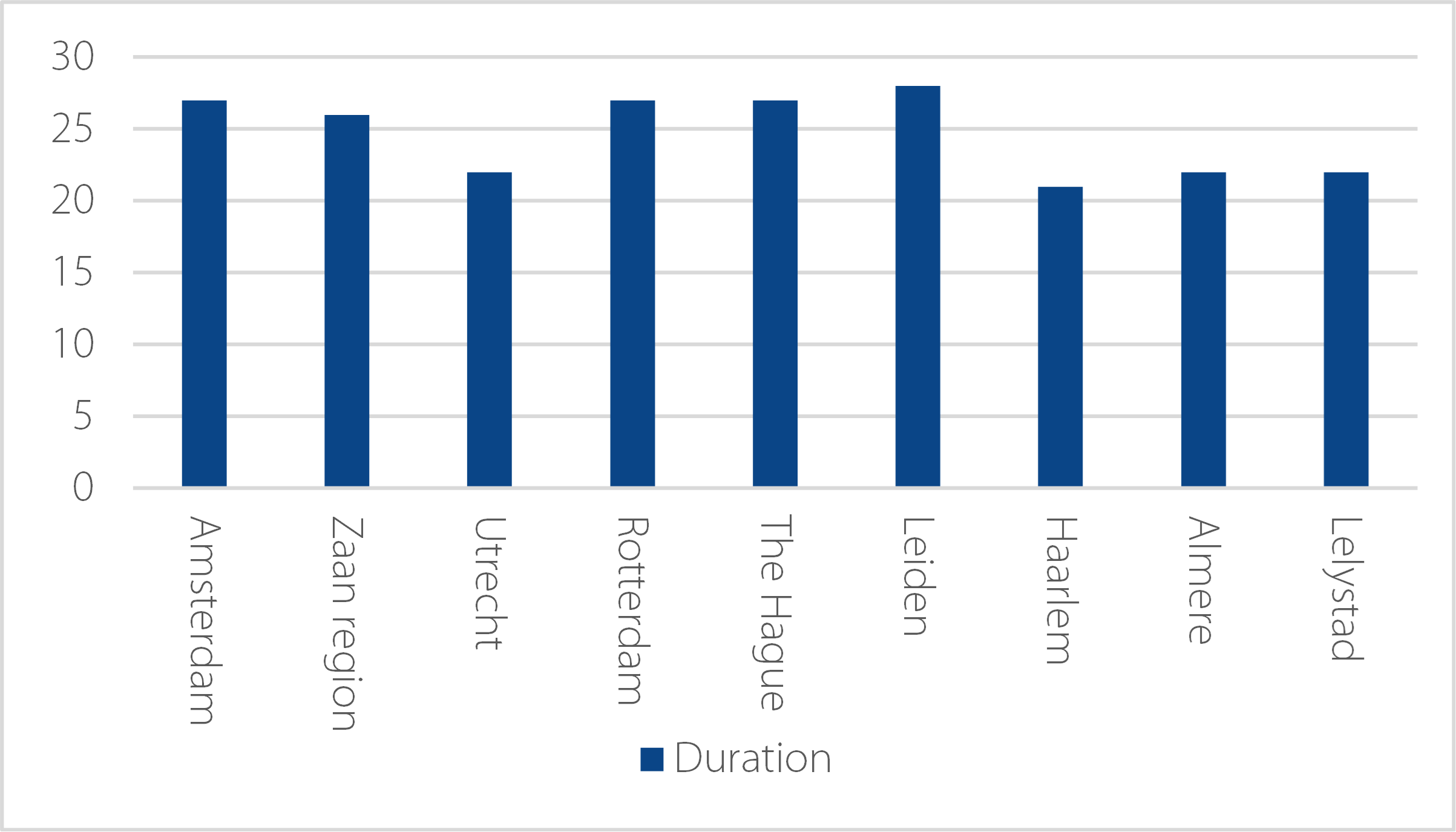 Capital is still available and transactions in new and existing homes remain at a satisfactory level. Nor is there yet any strong effect to be seen in the price level. The new figures for 20Q4 give no immediate cause to conclude that there is a strong trend reversal. In particular, the housing markets of larger cities in the Netherlands still appear to be holding up strongly, especially in the owner-occupier market. There is, however, evidence of declining consumer confidence, which may have a negative influence on willingness to buy and purchasing opportunities in the future.

As a result of the corona crisis, we also see that the number of inhabitants is not growing as fast, especially in cities that experienced a large influx from abroad before the corona crisis. As tourists stayed away due to international travel bans and restrictions, many Airbnb owners switched to renting out or selling their homes permanently. Expats also moved away, leaving high-end rental properties empty. As many Dutch people can hardly afford such rents or often choose to buy a home instead, prices in this rental segment have fallen. This has had a negative impact on rental prices in these cities (see figure 6).

Mixed picture of prices in the rental market in cities 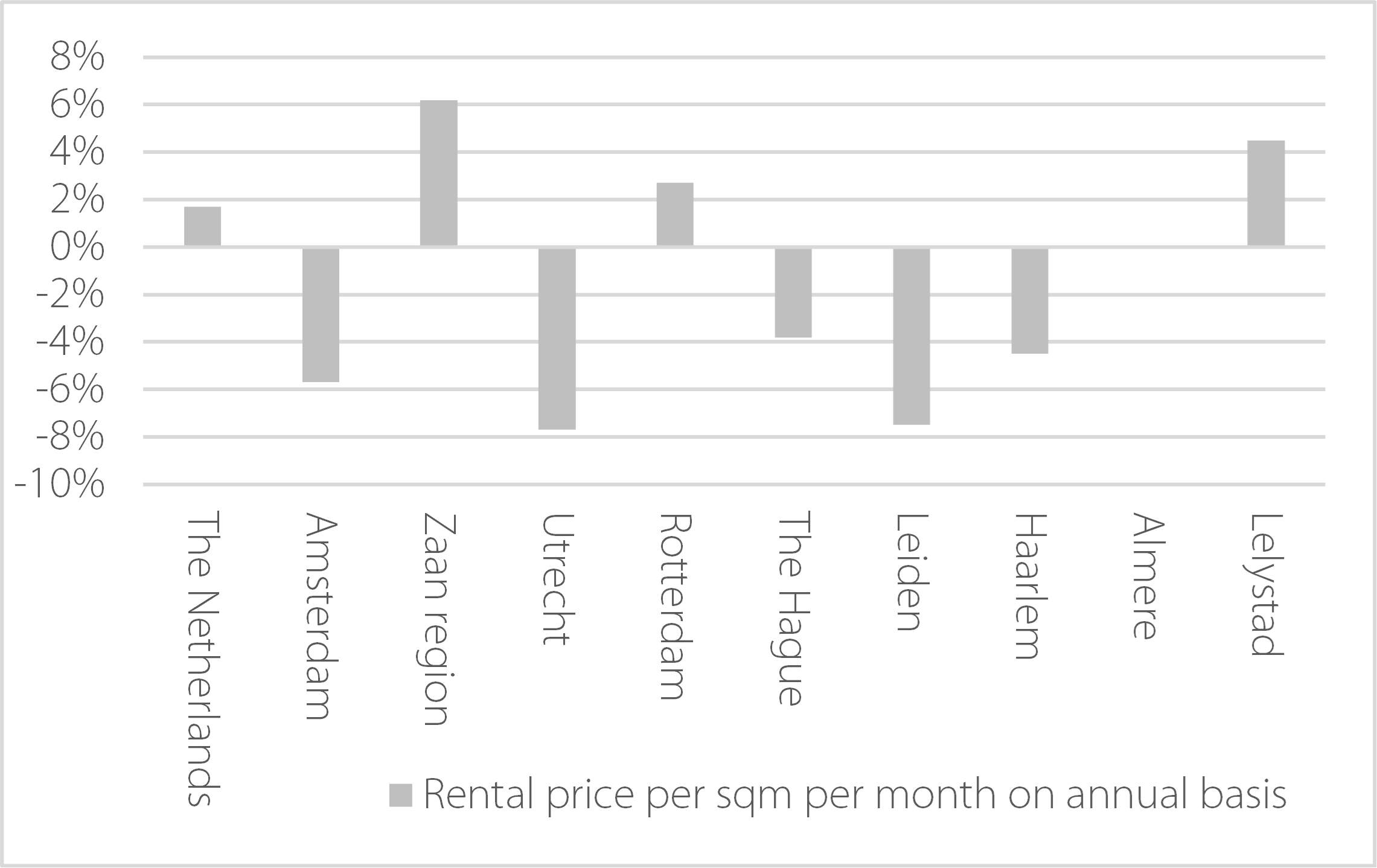 Figure 6: Development of rental price per sqm per month on annual basis (20Q4 compared to 19Q4)

Do you have any questions regarding this article?

Our research strenghts include the production of research reports, quick scans and advice on rental prices. We are happy to help. Fill in the form below or call us directly. 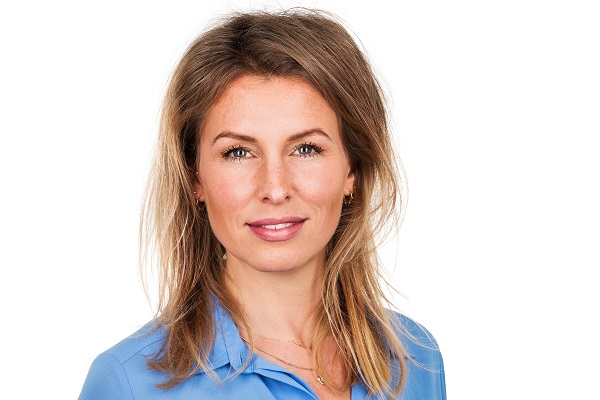